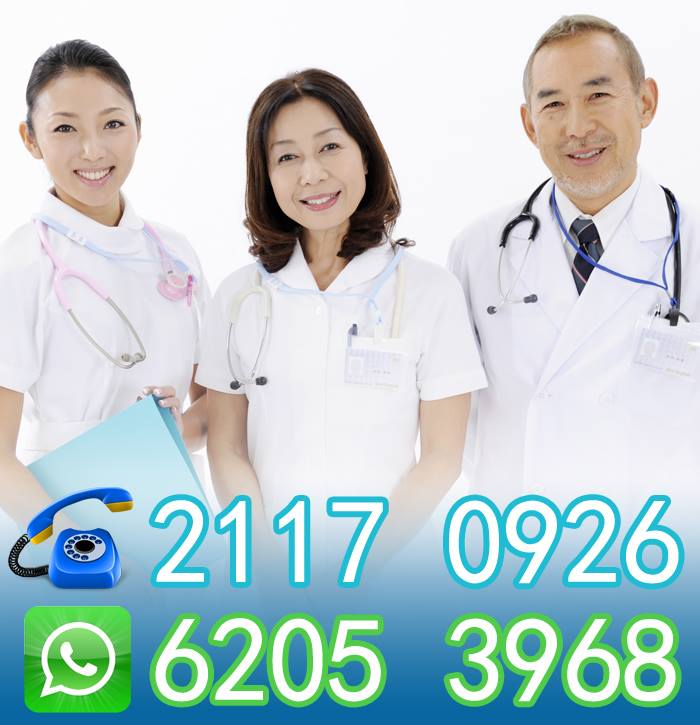 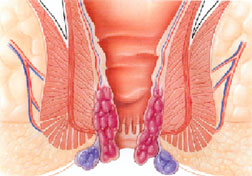 In many cases hemorrhoidal disease can be treated by dietary modifications, topical medications and soaking in warm water, which temporarily reduce symptoms of pain and swelling. Additionally, painless non-surgical methods of treatment are available to most of our patients as a viable alternative to a permanent hemorrhoid cure.

In a certain percentage of cases, however, surgical procedures are necessary to provide satisfactory, long term relief. In cases involving a greater degree of prolapse, a variety of operative techniques are employed to address the problem.

Milligan-Morgan Technique Developed in the United Kingdom by Drs. Milligan and Morgan, in 1937. The three major hemorrhoidal vessels are excised. In order to avoid stenosis, three pear-shaped incisions are left open, separated by bridges of skin and mucosa. This technique is the most popular method, and is considered the gold standard by which most other surgical hemorrhoidectomy techniques are compared.

Ferguson Technique Developed in the United States by Dr. Ferguson, in 1952. This is a modification of the Milligan-Morgan technique (above), whereby the incisions are totally or partially closed with absorbable running suture. 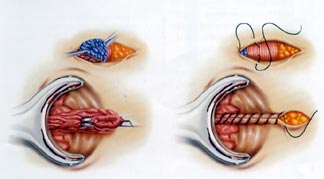 A retractor is used to expose the hemorrhoidal tissue, which is then removed surgically. The remaining tissue is either sutured or is sealed through the coagulation effects of a surgical device.

Due to the high rate of suture breakage at bowel movement, the Ferguson technique brings no advantages in terms of wound healing (5-6 weeks), pain, or postoperative morbidity.

Conventional haemorrhoidectomy can be performed as a day-case procedure. But due to poor post-operative care in the community and high level of pain experienced after the procedure, an in-patient stay is often required (average of 3 days).

is designed to eradicate piles without the need for cutting or a general anaesthetic.

The operation uses a miniature Doppler ultrasound device to locate all the arteries supplying the haemorrhoids as they come down from the rectum under the lining of the bowel. The device also has a small window which allows a stitch to be placed around the artery thus cutting off the blood supply to the pile. During the course of the procedure all the arteries supplying the piles are located (up to 6) and tied off. Over the next few days and weeks the pile shrinks away and the symptoms resolve.

Most patients are back to work after 24-48 hours with only a minimum of discomfort, which if there is any, is no more than a mild a throbbing in the rectum.

This cast of a haemorrhoid clearly shows the feeding artery (white arrow) which is carefully located with the HAL procedure.

Because the stitch is placed in the lower rectum, where there are virtually no pain nerves, rather than in the anus the procedure is virtually painless and can be performed under mild sedation rather than a general anaesthetic. Naturally, patients who are a little squeamish about have a procedure to their bottom can elect to have a general anaesthetic if they wish but it is not necessary. Because all of the blood vessels to the piles are accurately located the operation is more successful than injection; and as the blood vessels are properly ligated rather than just looped with a band they will not dislodge, producing a better response with far less risk of bleeding after the procedure.

This procedure has been performed in Europe and North America now for a few years with excellent results. 85% of patients have a complete resolution of their symptoms and over 90% are thoroughly pleased with the result even if there are some very minor residual symptoms. This is due to the relative ease of recovery from the operation compared to more conventional treatments. 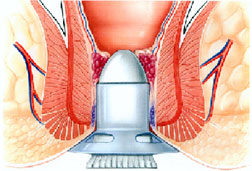 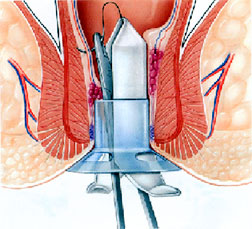 The Purse-String Suture Anoscope is then introduced through the dilator.

The Hemorrhoidal Circular Stapler is opened to its maximum position. Its head is introduced and positioned proximal to the purse-string, which is then tied with a closing knot.

With moderate traction on the purse-string, a simple maneuver draws the prolapsed mucous membrane into the casing of the circular stapling device. The instrument is then tightened and fired to staple the prolapse. Keeping the stapling device in the closed position for approximately 30 seconds before firing and approximately 20 seconds after firing acts as a tamponade, which may help promote hemostasis. 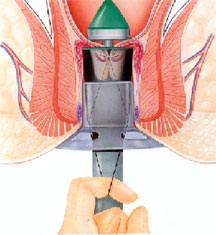 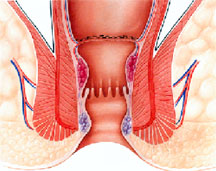 What are the Risks of PPH? Although rare, there are risks that accompany PPH: 4) If too much muscle tissue is drawn into the device, it can result in damage to the rectal wall. 5) The internal muscles of the sphincter may stretch, resulting in short-term or long-term dysfunction. 6) As with other surgical treatments for haemorrhoids, cases of pelvic sepsis have been reported following stapled haemorrhoidectomy. 7) PPH may be unsuccessful in patients with large confluent hemorrhoids. Gaining access to the anal canal can be difficult and the tissue may by too bulky to be incorporated into the housing of the stapling device. 8) Persistent pain and fecal urgency after stapled hemorrhoidectomy, although rare, has been reported.

The Harmonic Scalpel uses ultrasonic technology, the unique energy form that allows both cutting and coagulation of hemorrhoidal tissue at the precise point of application, resulting in minimal lateral thermal tissue damage. Because the Harmonic Scalpel uses ultrasound, there is less smoke than is generated by both lasers and electrosurgical instruments. The Harmonic Scalpel cuts and coagulates by using lower temperatures than those used by electrosurgery or lasers. Harmonic Scalpel technology controls bleeding by coaptive coagulation at low temperatures ranging from 50oC to 100oC: vessels are coapted (tamponaded) and sealed by a protein coagulum. Coagulation occurs by means of protein denaturation when the blade, vibrating at 55,500 Hz, couples with protein, denaturing it to form a coagulum that seals small coapted vessels. When the effect is prolonged, secondary heat is produced that seals larger vessels. Because ultrasound is the basis for Harmonic Scalpel technology, no electrical energy is conducted to the patient.

By contrast, electrosurgery coagulates by burning (obliterative coagulation) at temperatures higher than 150oC. Blood and tissue are desiccated and oxidized (charred), forming eschar that covers and seals the bleeding area. The reduced postoperative pain after Harmonic Scalpel hemorrhoidectomy compared with electrocautery controls, likely results from the avoidance of lateral thermal injury. 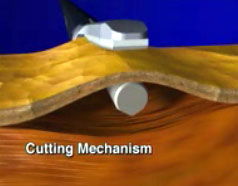 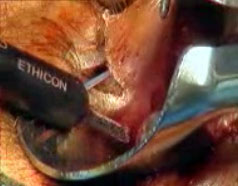 The protein coagulum caused by the application of the Harmonic Scalpel is superior at sealing off large bleeding vessels during surgery. It has been my experience that this method is useful on large hemorrhoids that may bleed during surgery, thus minimizing blood loss and reducing the time needed for surgery.

The result is less discomfort, less medication, and faster healing. A hospital stay is generally not required. The laser is inherently therapeutic, sealing off nerves and tiny blood vessels with an invisible light. By sealing superficial nerve endings patients have a minimum of postoperative discomfort. With the closing of tiny blood vessels, your proctologist is able to operate in a controlled and bloodless environment.

Procedures can often be completed more quickly and with less difficulty for both patient and physician. Laser can be use alone or in combination with other modalities. For more detailed information on combining modalities in surgery, view our video on the performance of both a Laser & Harmonic Scalpel Hemorrhoidectomy. Get > Real Player

A study of 750 patients undergoing laser treatment for hemorrhoids reported successful results of 98%. The patient satisfaction was 99%.

Early Complications Include: 1) Severe postoperative pain, lasting 2-3 weeks. This is mainly due to incisions of the anus, and ligation of the vascular pedicles. 2) Wound infections are uncommon after hemorrhoid surgery. Abscess occurs in less than 1% of cases. Severe necrotizing infections are rare. 3) Postoperative bleeding. 4) Swelling of the skin bridges. 5) Major short-term incontinence. 6) Difficult urination. Possibly secondary to occult urinary retention, urinary tract infection develops in approximately 5% of patients after anorectal surgery. Limiting postoperative fluids may reduce the need for catheterization (from 15 to less than 4 percent in one study).

Knowing What to Ask Your Surgeon

Before choosing the procedure you wish to have performed, there are questions you should ask the surgeon: 1. What types of procedures have they performed? 2. How many of each procedure have they performed? 3. Why are they recommending one particular procedure over another? 4. How long will the procedure take? 5. Will this procedure require a hospital stay and how long do they anticipate your hospital stay will last? 6. How long do they expect the recovery process to take? 7. How soon will you be able to return to "normal" activity? 8. Will having the procedure mean having to change how I live, work or eat?